A Dream Of Murder in Bolton

Posted on November 8, 2016 by LancashireFolk 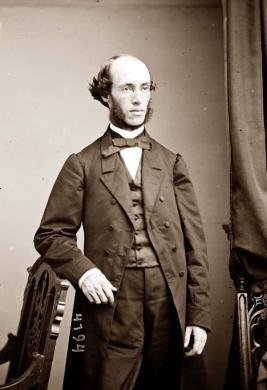 At the very beginning of the 19th century, a murder was solved by a dream and the story was vouched for by a very trustworthy source, the Reverend H. Alexander, pictured above, a prominent man of the cloth.

A man called Horrocks was found beaten to death and many months passed with no clue as to who his murderer might have been. Then, one night, a close friend of Horrocks had a dream in which, he said, God had revealed that a man by the name of Samuel Longwith was the culprit. Horrocks’ friend knew of Longwith, although they were barely acquainted with each other and had spoken on only a handful of occasions – but it was only a dream.

Next morning, after having the same dream again, he decided to travel to Bolton at once and see the magistrate, who refused to take him seriously. However, no more than a few minutes after leaving the magistrate, Horrocks’ friend met Longwith in the street. Longwith was not surprised to be greeted by him as they were, after all, acquainted and he agreed to accompany him to a public house for a drink. Once there, Horrocks’ friend cornered him and badgered him into talking about Horrocks’ death until he gave himself away by insisting that he had not been the one to strike the fatal blow…

This was enough for Horrocks’ friend to be taken seriously by the authorities. Longwith was arrested and he confessed to the robbery of Horrocks along with two compatriots and of being complicit in Horrocks’ murder. He was executed. And all because of a dream.